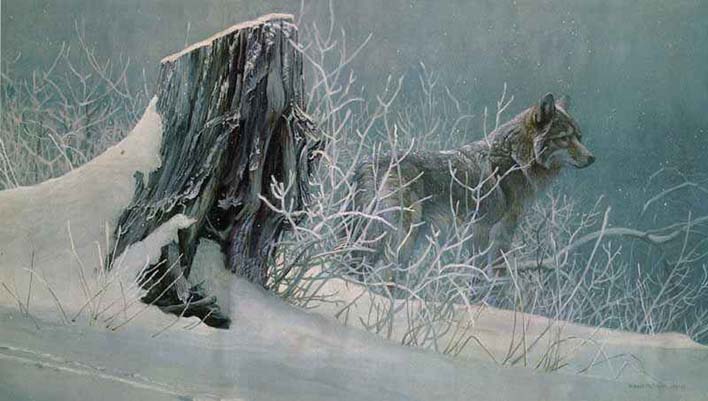 
"Unlike most large predators, coyotes have adapted well to the human presence.  Originally a western species, they have expanded their range north as far as the arctic, south as far as the northern part of South America, and east as far as New England.  When I was a boy, there were no coyotes in the ravines of Toronto. Now, I gather, they are fairly common.  They are seldom seen near human habitation, however, since they are alert, nimble, and usually quite shy.  And though their habitat has expanded, coyotes seem most of all creatures of the open prairie, where their song - a series of sharp yelps followed by a high-pitched howl - often pierces the nocturnal stillness." - Robert Bateman